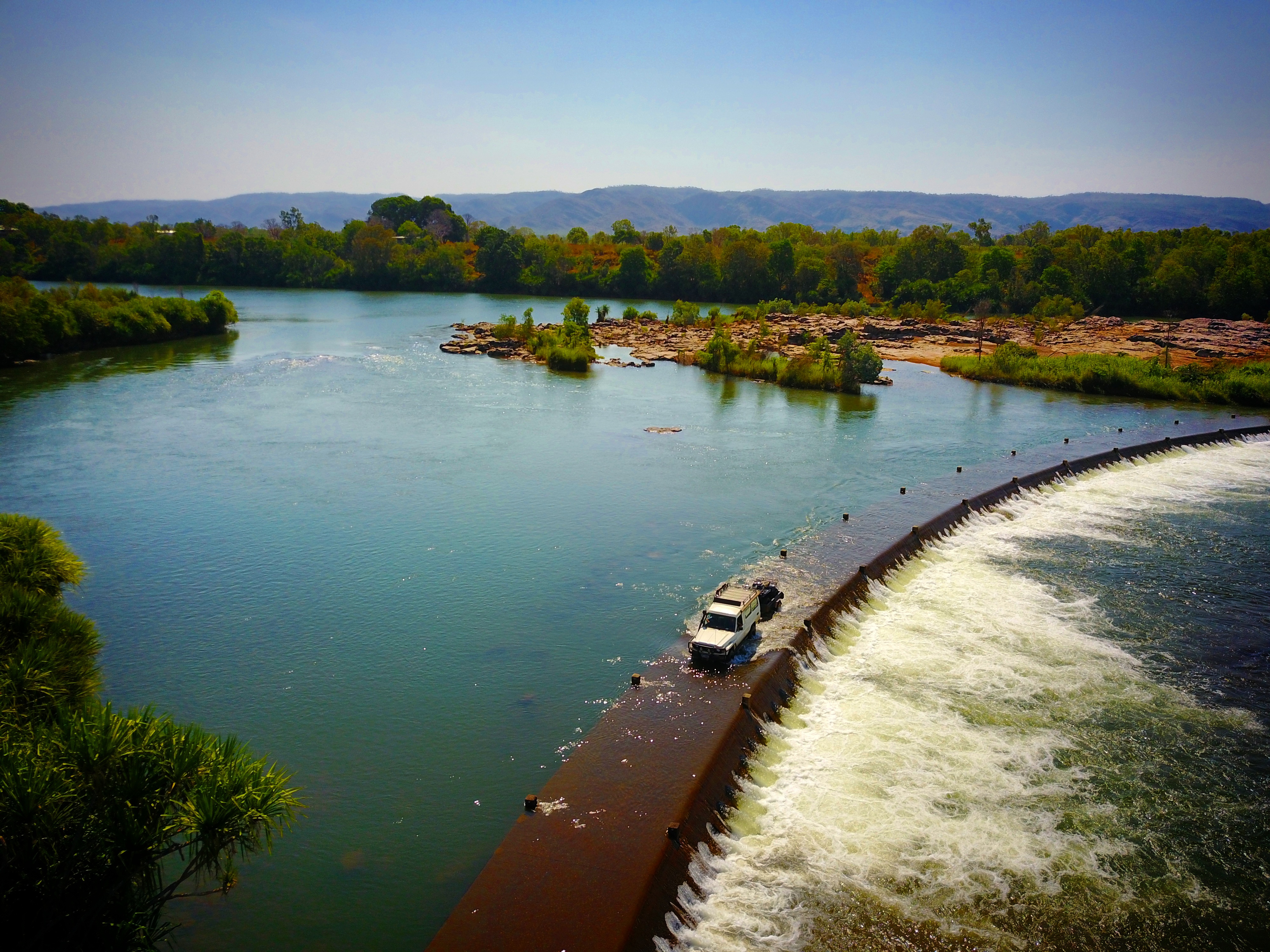 We Did The Ivanhoe Crossing!

Ivanhoe Crossing has officially been ticked off the Aussie Bucket List! Driving a river crossing can be a dangerous experience and we recommend that you need to be equipped with a 4WD and be aware of the elements around you.

During our visit to the Kimberley Region in North Western Australia, This was something we wanted to experience. Now we need to be honest, Stacey has never been a huge fan of river crossings, maybe it has something to do with crocodile-infested waters and the fact you can’t see the bottom of what you’re driving across. However, with the Ivanhoe Crossing in West Oz, we accomplished this one and we made a YouTube video of it so we can remember our awesome experience forever.

WHERE TO FIND IVANHOE CROSSING?

The Ivanhoe river crossing is a concrete causeway over the Ord River approximately 15 minutes drive North of Kununurra, Western Australia. The crossing is free to drive across, however you need to pick your timing of the year to visit. We were lucky when we visited in late September 2017 as the crossing had just reopened to the public. That is a significant amount of time to have it closed considering the Wet Season is generally from November to March and it was still closed during the dry season.

If you’re not keen on doing the crossing yourself, or not equipped with a 4WD, you can still drive out to the crossing for a look. Lots of people do this as not all are equipped with 4×4 motor vehicles. However, if the gate is shut the level is deemed too dangerous for vehicle access. The Ivanhoe Crossing is recommended by locals for a spot of barramundi fishing, however, don’t fish from the causeway as saltwater crocodiles inhabit the area.

The Ivanhoe Crossing was originally part of the main road through to Wyndham. However, when the Old River Irrigation project commenced in the 1960s, the river began to flow all year round. This meant during the Wet Seasons, the road became impassable. To take the drive to Wyndham you now use the Great Northern Highway.

THINGS TO DO IN THE EAST KIMBERLEYS

There are so many things to do in the Kimberly region of Western Australia. We were lucky enough to explore both the East and West coast of the Kimberlys. We ventured to some amazing places. Check out all our favorite places on our popular post, 8 Places to explore in the East Kimberley’s.

Everything You Need To Know About The Devils Marbles Hotel